How to Write A Nasty Letter 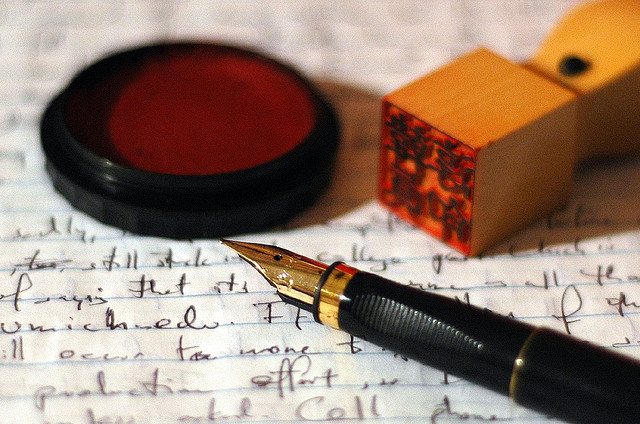 There comes a time in every freelancer’s career when one has to write a very particular type of letter.  A Cease & Desist letter; an Eff You letter; a Pay Me Now letter; a Stop Selling My Art on the Internet You Lousy Bum letter.

Actually, not so fast.  Before we can get into the nuts and bolts of writing a nasty letter we need to cover the When, Who and Why of nasty letters. 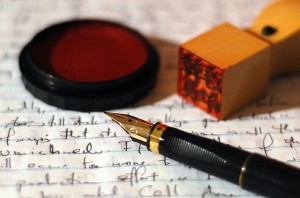 I write a negotiation blog that is focused on solving problems, so it shouldn’t come as a surprise when I say: not very often.

Nasty letters are a crappy way of handling most problems, and will create more problems than they fix if used too freely.  That said, nasty letters are good for grabbing the attention of someone who is seriously not paying attention.  Those people generally fall into two camps: people you’ve been talking or working with who now refuse to engage, and people who are doing something that is so obviously wrong you need to do something drastic to get their attention.

If you’re dealing with someone from the first camp: make sure you’ve tried either a face-to-face or phone conversation with the person before you send them a nasty letter.  If you don’t, you run the chance of the letter making the conflict more difficult to settle.

It should go without saying, but why chance it: if you’ve hired a lawyer to help with the problem, let the lawyer write the nasty-gram.  They are specially trained in how to write letters that preserve your rights should the conflict end up in court.  Also, just like you hate it when a client tries to “help,” lawyers do, too.

Nasty letters are little atomic bombs.  So you don’t want to use them with someone with whom you hope to have a long and productive relationship.  It’s not impossible to overcome a nasty letter in a relationship, but it is very difficult.

So, keep your stern missives limited to individuals with whom you will have a short term relationship.

You can use nasty letters with someone who you’ve known for a long time and whom you hope to know in the future, but I recommend limiting use to times when the relationship has gone so far off the rails literally nothing else is working.  And when I say literally, I literally mean literally.

You use nasty letters for the same reason you use most writing: to articulate information in a clear and concise manner that helps the reader better understand the information.

With nasty letters, your goal is to grab the attention of someone you’re having a conflict with.  The information that you need to convey in your letter is (1) what you understand the conflict to be and that (2) they need to pay attention to the conflict right now.

Clearly articulate the facts you are using to inform your perspective of the disagreement and explain why those particular facts lead you to your conclusion.

Once you’ve done that you can make your demands for their attention and action.  We’ll learn how to do that well in a bit.

Do notuse a nasty letter to vent.  A venting letter is totally a-OK, but it’s the kind you write and never send.  A nasty 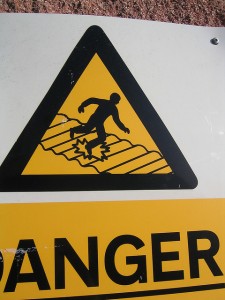 By jiva via Flickr.com

letter is meant to communicate to another person how you see a particular issue. Venting letters do not do That Thing.

Do not write a nasty letter angry.  Nasty letters aren’t about anger; they’re about an impasse in communication.  Anger and frustration may accompany the situation that leads to the nasty letter, but if you let anger take control, you won’t be able to clearly communicate your perspective or needs. And if you can’t do that, the nasty letter will have been for nought.

How to write a nasty letter

“But Katie what if I’m dealing with a faceless company?” All businesses have to be registered somewhere and wherever they are registered the Secretary of State has the company’s registered agent (that someone who can do something) on file. Most companies are registered where they operate, so start at that state’s Secretary of State webpage and search under their corporations division. Other popular states in which companies might incorporate are Delaware, Florida, New York and California. 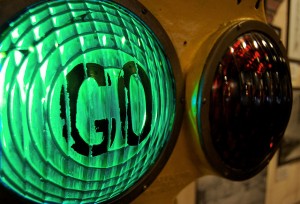 By flying white via Flickr.com

Once you’ve done that, we can begin:

Don’t pull out the Sirs, Ma’ams or Mr. Fredricksons now if you haven’t been using them in your prior communication.  Stick to what the relationship knows.

Your intro paragraph needs to briefly say: (1) what went wrong, (2) when it happened, (3) why this is not OK and (4) what you need them to do about it. I like providing options of what they can do to make me happy again because it suggests that they have a choice in the matter.  People respond much more positively to choice than they do direction.

“I ordered 1000 widgets from you on December 11, 2012.  When I placed my order I made it clear that I needed these products for a convention at the end of March. I asked you about the amount of product usually damaged in shipping and you assured me that damage rarely exceeded 5%. As a result, I ordered an additional 100 widgets to provide provide a buffer should something go wrong.”

“I” statements should be your go to  sentence in a nasty letter.  If you make too many accusatory “you” statements, the person will get caught up in being attacked and not pay attention to your clear articulation of the facts.

Remind the person of what happened before the conflict started and what you each did based on the information you got from the other. Don’t invent facts or pad your memory with your good deeds. If you didn’t tell them why you needed what you needed at the time, do so now.

“When I received the packages of widgets on February 23rd, 248 of the widgets were broken or damaged 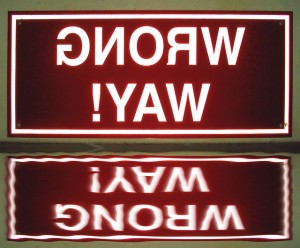 in such a way that I will not be able to sell them.  This represents 22.5% of my order, well above the 5% I was told to plan for.  An additional 35 widgets are harmed but salvageable, bringing the total number of damaged goods to 283.”

This is the “what went wrong” paragraph.  Be explicit and precise.  When telling someone that they did something wrong, exaggerating will hurt your credibility.

Additionally, if you aren’t counting something against them that you reasonably might, it’s important to let them know.  It shows you are a reasonable person and willing to accept a certain amount of risk.

“I contacted you the next day to inform you of the problem and you denied that anything was wrong with the shipment.  This is extremely frustrating because you are not looking at the product I am looking at.  I have a convention in a week’s time where I was going to debut this item for my customers; I cannot do that to the degree to which I had planned and will lose sales as a result.  Instead of trying to work out a solution with me, you ignored my concern.”

Things that suck very rarely suck for only one reason, but the other person is not always in a position to know the many ways that what they did is harming you.  Tell them.  You don’t have to go into extravagant detail, but you do need to give them more information about why you are as upset as you are.

“I was told I could expect no more than 5% damage to my order and as a result ordered more product to cover this potential harm.  What I received was product delivered where more than 22% of the order was damaged and not fit for sale.  Five percent of my original order is 50 widgets. Subtracting 50 expected damaged widgets from the 283 actually damaged widgets, the number of excessive widgets damaged is 233.  To correct the harm I’ve suffered please either reimburse me for 233 widgets (233 x $3.25= $757.25) or send 244 (233 + 5%) replacement widgets at no cost to me. Failure to address this before my convention will result in additional harm and make the situation more difficult to settle.”

This is the “what I want” paragraph.  My style in negotiating is to show my work and hold firm at my anchor.  Yours might be to anchor high (say, asking for reimbursement of the full 283) so you have more room to work downwards. Whatever your style, start by asking for the result that would make you forget anything ever happened.  You likely won’t get it, but it doesn’t hurt to ask. 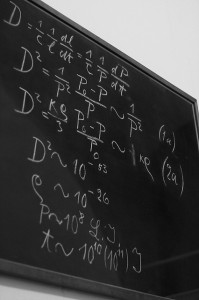 Whenever possible show your math.  Not just for the person reading the letter but for anyone else that might read it down the road (their lawyer, your lawyer, an arbitrator).  You are writing your understanding of the conflict and you want to clearly capture what that is so that no matter who is reading your letter understands exactly what you want and why.

If there is a possibility that they could make things worse, let them know so they can avoid making it worse.  If they don’t take you up on your offer it only makes them look bad.

If at all possible, avoid phrases that demand one response such as “the only way to solve this is to” and “the only reasonable remedy is.”  It cuts off the options you’ll have to solve the problem way too early in the process. And who knows, they might have a perfectly good solution that you haven’t thought of.

“Please respond to me no later than the end of business Pacific Standard Time on March 26, 2012.  If I do not hear from you by then, I will assume you are not interested in resolving this dispute and I will proceed with my legal and administrative options for settling the issue.

Give them a deadline by which to act and tell them what you’ll do if they don’t respond.  Be clear about what you will assume not responding means; if they want to mean anything other than your assumption, it will behoove them to respond.

If you say you will do something if they don’t act, be prepared to do it.

Sign off in a nice respectful manner; remember, there is a good chance many other eyes will read this.  You want to be above reproach in your tone; reasonable and professional.

Don’t think that this one letter will solve all problems, that they’ll finally see the light and respond with everything you’ve ever asked for. If that happens: awesome, buy a lottery ticket! More likely though, the letter will be the thing that gets communication about the problem going again, not the final arbiter of right and wrong.

If additional communications result, avoid responding tit for tat.  People with crappy arguments often come back with half a dozen things that aren’t responsive to your demands or the situation. Stay on your message and only respond to reasonable, relevant issues.

They might try to tell you other people will think you’re a jerk if you don’t X, Y or Z or because you did A, B and C.  That’s bluster and you can ignore it.  People who stick up for themselves aren’t jerks. 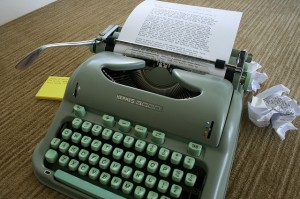 By life serial via Flickr.com

You might notice that in the end nasty letters aren’t, well, very nasty.  They can feel intimidating because they’re confrontational, but they’re really no more than being clear about what you want and why you want it.

Featured image by LarimdaME via Flickr.com.